Center for Communication Excellence is a non-profit, 501(c) (3), organization. The Center was established to perpetuate Lilyan Wilder’s life-work. We offer training seminars in the US, and internationally - including in Israel and the UK - designed to improve the communication skills of those who speak on behalf of Israel, Jewish communities, and institutions. The workshops are based on the Lilyan Wilder Method for Communication Excellence. The training is ideal for diplomats, politicians, professionals, media personalities, students and those who aspire to leadership roles. 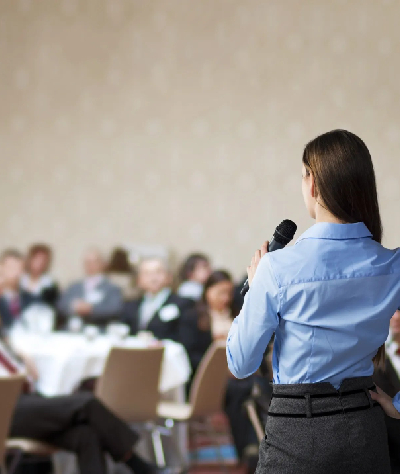 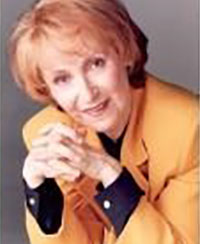 Who was Lilyan Wilder?

Lilyan Wilder was America’s foremost communications, speech and media consultant and author of books on public speaking. Her clients included well-known broadcast, media, political, and business leaders in the US and Israel. She worked as a communication consultant, training broadcast correspondents at ABC, CBS, NBC and CNN. Her guidance and counsel was sought by some at the beginning of their careers, like a young Oprah Winfrey and the late Jessica Savitch. Her help was also sought by those at the height of their success, such as the Prime Minister of Israel, Benjamin Netanyahu and former President George H. Bush. Lilyan’s dream was to empower spokespeople for Israel with the enhanced communications skills necessary to effectively represent Israel on social media, college campus, and in public debates.

When people say they'd rather die than address an audience, they're not kidding. Fear of public speaking has even topped death in some surveys. But now top communications consultant Lilyan Wilder offers some sound advice on how to overcome the crippling inhibition of public speaking. Her clients have included media icons Oprah Winfrey and Charlie Rose, former President George Bush, John Sculley, and Katharine Graham. 7 Steps to Fearless Speaking will teach you how to cope with the panic, avoidance, and trauma of speaking as you give the gift of your conviction and experience your voice for the first time. Order your copy today on Amazon.com 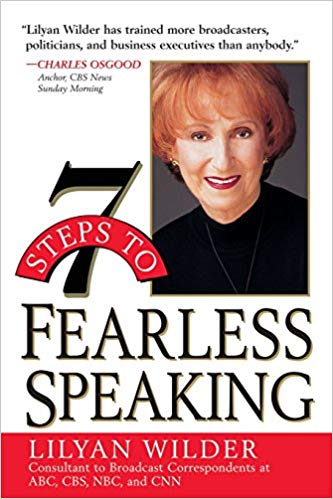 Please enter your name.
Please enter a valid email address.
Sign Me Up!
Something went wrong. Please check your entries and try again.